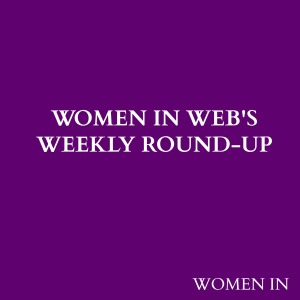 It’s the weekend, so why not take some time out to catch up on our features this week.

We also wanted to remind you not to miss Careercake’s event on 14 June.  Read more here!

This week’s Thursday’s question was:  Do you have job interview coming up? Preparing some well researched questions for the panel can potentially tip the job in your favour. Anyone had experience of this recently? Let us know.

Other intersting articles that caught our attention this week include:

Harriet Green, the Thomas Cook CEO has boosted share prices by 950% and turned around a failing company.

Women of Influence, an organisation that provides best solutions to women’s advancement has recently released an interesting white paper called ‘Women Leaders Breaking Through in their Careers.’ The North American based organisation is offering a new outlook on a critical issue for women and the future success and profitability of corporate America: the need for more women in the C-suite. According to a group of experts on the topic, one way to do so is to bring together the ultimate “power couple” in the form of co-gender CEOs, CFOs, CIOs, etc. Is corporate Canada and North America ready for this revolutionary and pioneering move? We spoke to the group’s President and CEO, Carolyn Lawrence to find out more.

What are you hoping to achieve with this groundbreaking white paper?

I believe that the world needs the right solutions to women’s advancement around the world, and we can drive that conversation.

This concept struck me in the wake of reading the Harvard Business Review’s article, years ago, that said “the women’s market is larger than China and India combined, and that it would be foolish for companies to ignore them, but they are doing just that”.  What I realized was that we, the corporate world, and the media, were talking about the gender GAP, and the continued UNDERrepresentation of women in the C-Suite, but not HOW we were going to change it.  Which made me wonder, how DO WE change the game, does anybody know?

It turns out, that no, not a lot of people do know the answers.  So we partnered with the best – Thomson Reuters, who have been equally driven to find the answers to the diversity and inclusion mandate that so many global companies understand is not just a women’s issue, but a business issue.  And we partnered with Barbara Annis & Associates, whose world renowned research and solutions on gender intelligence are showing the best results we’ve seen.

We want to change the conversation, and find the answers and the solutions to women’s advancement.

Were you surprised by any of the findings?

The one finding that we weren’t necessarily looking for, but was an incredible outcome was learning that there are no victims in this group.  We survey senior executive women in the Women of Influence community, and it was so uplifting to learn that none of them felt that the barriers and road blocks and challenges – that we all face – were in any way going to get in their way.  It is a very positive mindset that I believe has been critical to their success.

Why should companies consider co-gender leadership and how can it be used to help women gain a competitive advantage?

What we’re hoping is that companies talk about the possibility of co-gender leadership; and at the very least change the conversation and take us past the stagnant growth in women’s representation in the workforce.

There is tremendous value in having the ultimate power couple at the helm of a company which creates a fully integrated and diversified approach to leadership that will allow companies to approach business from a more effective and successful position. By tapping into the innate skillset of both genders, their unique management styles, and differing insights and perspectives, companies can only benefit from this approach.

How can companies establish a stronger and long-lasting culture of diversity?

To sum it up, be gender intelligent.  But our survey has 9 solutions for corporations to solve women’s advancement, and they are all steps that can be taken immediately.  They’re also steps that if not taken, we believe corporations will be at a real disadvantage in the next 10 years when competing against companies who do get it.

Being gender intelligent means leading with the mindset of understanding, appreciating and leveraging the unique strengths of men and women at the table.  It’s simple, but it’s a game changer and it’s had proven results around the world so far.  For example, one of the largest management consulting firms in the US has been able to report saving hundreds of millions in annual turnover costs as a result of implementing gender intelligence practices.  And on average companies who are gender intelligence report 34% higher profit margins.  You can’t, or shouldn’t, ignore the compelling business case, one of your competitors will inevitably tap into this.

How can women advance their own careers and overcome some of the challenges that have been highlighted by this research?

How will Women of Influence act upon this white paper and actively address its findings?

On May 12th we are launching a series of new courses and workshops specifically designed tackle the 7 pitfalls for women in business, that we share in the report.  So we can tailor executive education to the most strategic places where it’s needed most.  And, we offer full scale gender intelligence training through diagnostic analysis, workshops, speakers, and even train the trainer courses for large Human Resource departments ready to see their initiatives work.