Alice Gray is a Neuroscience graduate and STEMinist blogger from Pembrokeshire, who is passionate about working towards a society that values equality. She hopes to one day publish a book that she is co-authoring, Women in White Coats, which discusses the issues that face women in scientific careers and celebrates their achievements.

Tell us about your journey to where you are today.

From a young age, I was interested in two rather opposing subjects, art and science, and was unsure which I would like to revolve my future around. I soon became more active in forming a career in science, partly due to competition between my identical twin sister (who is a fantastic artist), and decided to pursue further education in medical science.

At eighteen I began my degree in Neuroscience at Cardiff University, with a particular interest in Autism and Savant Syndrome. During my time at university, I became passionate about women in academia and encouraging more women into the industry I loved, science, which lacks an equal representation of women. I started blogging about the issues that I came across as a woman in science, leading me to begin working on a book Women in White Coats, which is in it’s early stages.

As well as blogging and working on my book, I use my spare time to volunteer as a STEM ambassador, where I visit schools to educate children about the possible careers in STEM and talk about my scientific area, neuroscience. This role allows me to use my experience to engage children in an area of research they may not of heard of before. It also allows me to act as a role model and hopefully encourage more girls to realise a potential career in STEM.

How has your life experience made you the individual you are today?

I think having strong female role models in my family has shaped how I view the world. My mother and her mother have been very influential in how seriously I take my ambitions and not sacrificing them for others or to fit into gender stereotypes. I have noticed their attributes in my personality throughout my lifetime, in my stubbornness and ambition to achieve my goals despite the opinions around me.

My experience as a woman in science has made me want to be involved in gender equality projects. It has made altered my ambitions and career goals completely. In response to the barriers I observed as a woman in a male dominated industry, I want to address the issues and create an even playing field for women in all industries to prevent women from being deterred in the future.

Tell us about your blog and the topics you cover.

I started my blog in 2013 after becoming incredibly aware of the barriers I faced as a woman in science and a lack of trust people feel towards science. I use the blog to explore a variety of topics, ranging from interesting pieces of scientific research, discussing issues in scientific research and important discussion about the issues of gender discrimination that occur in science. I aimed to create a platform for discussion that was somewhat informal and relatable for those from a non-scientific background, that confronted issues, inspired public interaction with science and added to a community of encouragement for women in STEM industries.

What have the highlights and challenges been during your time as a blogger?

My biggest highlight of creating a blog has been that I have thoroughly enjoyed it. It has given me the opportunity to utilise a variety of my skills that I don’t often get to use in collaboration. I have been able to use my artistic abilities, my interest in scientific engagement, my background in science and passion for gender equality to contribute to a project that I am really passionate about.

However, my biggest challenge has been confronting issues in an industry I really loved. When I was pursuing my career in STEM, it was disheartening to find that the subject I enjoyed had barriers up to deter me. But this has led me to become involved in projects that address these issues for women in science and industry, finding a new passion in gender equality and wanting to address these problem for future generations.

What tips can you offer those who are looking to make a difference in STEM?

As long as you are consciously trying to make a difference in STEM, you will. Whether that is by simply making yourself aware of the issues that occur in STEM or by getting involved in projects, you will make a difference.

The best suggestion I can make for women in STEM is to become a role model, for example by becoming a STEM ambassador. Your presence as a female in STEM is enough to make an impact that will make a difference, helping to inspire young girls to pursue a career in STEM and realise their full potential.

How do you want to make a difference in the STEM environment?

I am really passionate about improving the representation of women in STEM industries. I want to prevent girls at a young age from being discouraged from pursuing further education in STEM and want to stop the ways gender stereotyping can affect the performance and participation of girls in STEM subjects.

What are your thoughts on Sheryl Sandberg’s Lean In book and movement?

I am really looking forward to reading it, it is on my list of books to read. I am especially looking forward to Lean In For Graduates, released in April. I think the book (and the movement) has been able to help to make business a more accessible career avenue for women, helping to dispel myths that make a lot of women feel that they aren’t cut out for it. It will also be interesting to see whether the new book will encourage female graduates to feel confident in their abilities to start a business.

How has mentorship made a difference in your professional and personal life?

As a woman in science, female role models were specifically important to me. So, it is a rewarding feeling that by being a STEM ambassador that I could be somebody’s role model.

I also think that by assuming the role of a mentor, not only am I able to contribute to society and projects I am passionate about, but it has really benefited me. I think that by being a role model, it gives me the opportunity to not only improve my confidence and experience, but it has also has strengthened my own idea of what I have achieved.

Which other female leaders do you admire and why?

As a child I looked up to Michaela Strachen. I really identified with her and she inspired me to become interested in life sciences. That made it harder when last year she published her opinions in an article in the Daily Mail, where she discussed how women will always struggle in science as they aren’t as enterprising as men. As I grew older, I looked up to Professor Alice Roberts. She was another woman in science that inspired me and I could identify with, especially as she studied Anatomy at Cardiff University.

I think the biggest influence on who I am today, outside of family members, is someone who fairly recently triggered a massive change in the way I think. Until my second year of university, I, like a lot of science students, just learnt everything as if it were the law. However, during a lecture Professor Jenny Kitzinger (a Professor of Media and Communications Research) came into to talk to use about cultural, social and ethical dimensions of coma and severe brain injury, as we were learning the neuroscience of consciousness. She taught me to question science. That has contributed to a massive change in my attitude towards science, that is was in fact a community that in some ways needs to change.

What is one word that sums up where you have got to today? 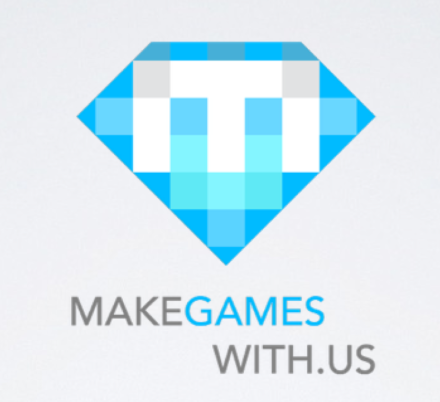 Coding is an important skill that all children should be taught, and with organisations such as Women Who Code and Girl Develop It making huge strides, I was recently excited to hear from MakeGamesWithUs.

MakeGamesWithUs teach high school and college students to design and code iPhone games through a two month summer academy where they ship their own game to the App Store. Over 250 students have taken the organisation’s in-person courses, and nearly a million students have used their online tutorials since they launched in 2012.

In 2013, only 15% of their students were girls, but 4/5 of award winners at the demo day were girls! This year, MakeGamesWithUs are working with organizations like Women Who Code, Girl Develop It and more to teach more girls to build games through a number of workshops, with the ultimate goal of encouraging girls to apply for their Summer Academy. MakeGamesWithUs are also keen to ensure that  every location has at least one female programming instructor.

The deadline for the Summer Academy is May 3rd and you can find out more about MakeGamesWithUs here.

Do you know about any similar programmes taking place in Wales or the UK? If so contact us!